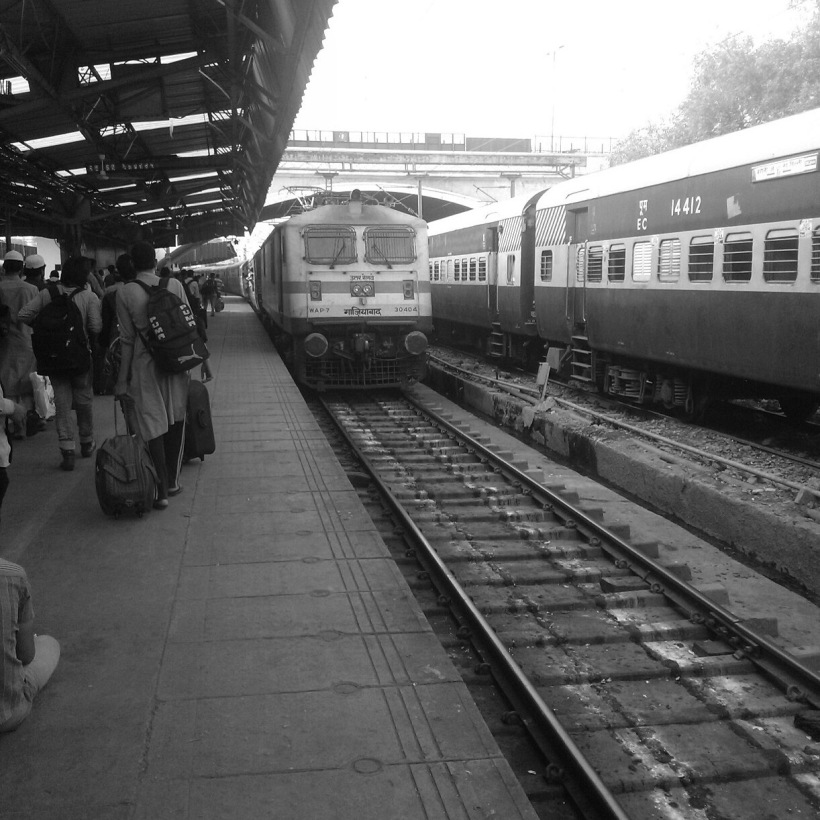 Trains bring out the common in us. They don’t distinguish between any because at the end of the journey we all are passengers…

I remember the school days when we were told the duration of our summer vacations. The excitement was so much we couldn’t wait to tell our parents that the vacations would start soon. With vacations came time when we would go away from the mundane or maybe stay at home doing nothing. Flights were for the affluent back then and none of us had ever seen an aircraft for real. One of those days my father came upto me and showed me a ticket to my cousins. I jumped like a spring and started shouting. We will go in the train! We will have this for lunch! Let me take out my red Bag! I would say and then used to start bugging my mother who would shoo me away as she had other works to do. Haha.

Then the journey would come and we would leave the house, lock it, assured that it will take care of everything we leave in it. We will board the train and me and my brother would be hungry already. We always kept on asking our mother that we should have the lunch because that fragrance of Aloo-Puri would make the mice in our stomach punch us hard. My father came in to help my mother in this. He would point at something out the window which used to grab our attention for a lot longer. The tracks that laid along our train would make our imagination run wild. The first thing I ever imagined was what if a car runs on these tracks. Will it able to run? Or will it slip? ( I still do the same. Haha) Then we would wait for another train to go screeching past ours. We tried waving to the ones in the other train but they seemed to run so fast that most of the times our heads would go all round and round. With occasional questions from our parents when the train would start, we would be busy looking out the window. A slight jerk and the train would start. The sight of people and things going back would amaze me everytime I would see a train moving forward. I always used to pack in my bags the things I would do during my journey on a train. My father had always made it a habit to bring along with me a diary and a pen so that I could note down anything I wanted to remember later.

I was amazed by how a single engine would carry along with it the many bodies attached to it. I would feel sometime bad for the Engine as it had to carry my burden. But then, I was quickly diverted to a farm field going past the train. In the earlier days of my childhood we travelled mostly in the sleeper class of the Indian Railways and for those who don’t know, sleeper class doesn’t have a glass that covers the entire window. 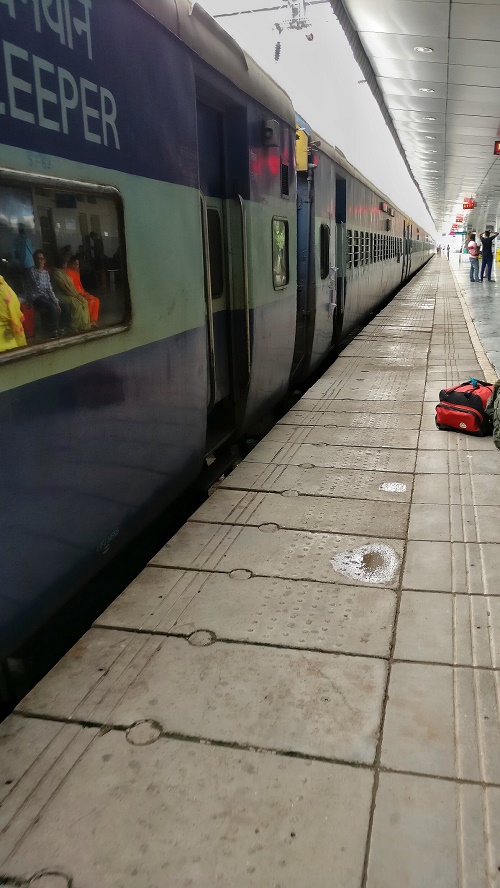 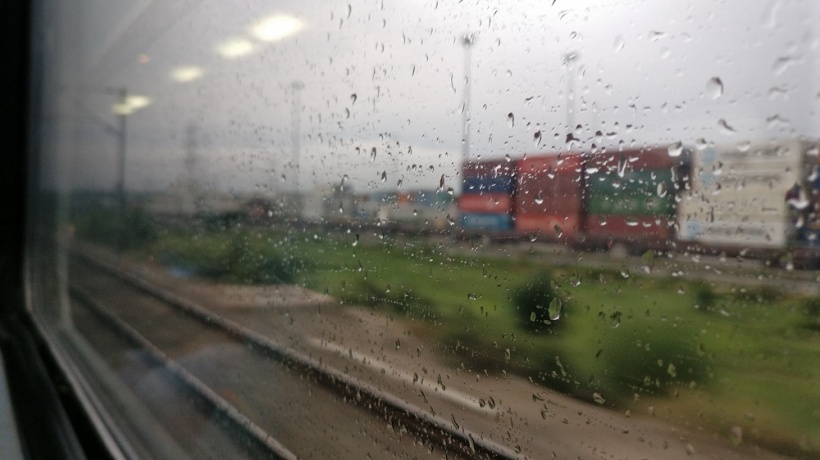 It is open so that you can feel the air, the aroma of the surroundings and the sound the many things make when a train gushes past them. The best thing about these coaches was that whenever a train would take a curve, one could see the entire train. I used to kiss the rails on the window just to see how a train looks like when it is taking a curve.

Whenever a tunnel would come, me and my brother used to look at each other and all the other present. We would run that joke in our minds which told of a similar funny situation like this. My parents would guess what we were thinking. They would smile and look at us.

Whenever we travelled and we didn’t get a window seat, our hearts would be broken. We would look down our seats just to have a glimpse from which location the train is passing. Once a while a vendor would come carrying a bucket filled with all types of chips, cakes and chocolates. Me and brother would share a look. Then we again would continue the magical experience.

When you sleep in a train, you could hear the slipping of wheels on the rails, even when the train changes tracks. I had this wild imagination that if the train would derail, I would jump onto save my brother and parents, carry them in my arms(I used to watch Shaktimaan a lot) and would as well carry my red Bag. Haha. I would break open the roof of the train. I tried experimenting once or twice when I got the upper berth. But to my disappointment, it was very difficult.

Travelling by trains is an exhilarating experience. You get to know about the things you see mostly pictures of. The yellow fields bearing crops of mustard, cars waiting in line for you to cross, bridges built over mighty rivers, the smell of sugarcane being turned into jaggery, the many voices trying to sell you things on the journey, everything and many more. Trains offer an experience that is far more difficult to explain than any words can ever do. 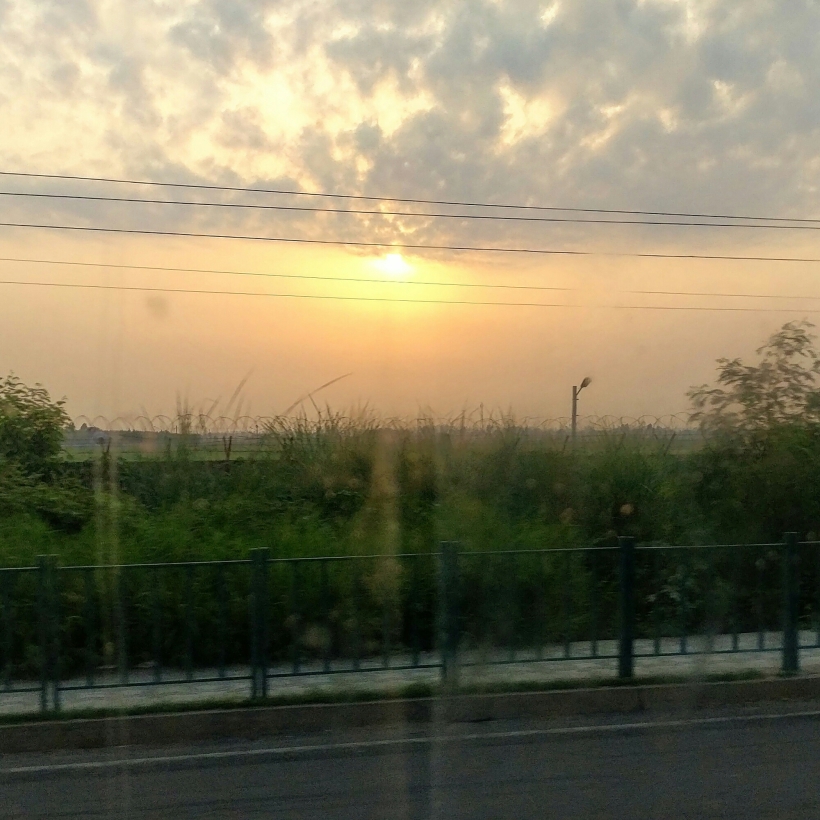 I prefer travelling by trains or by roads most of the times because they let me feel the air I am traveling in, something flights deprive you of. But then, everything has a role to play.

My journey would be incomplete without a train or a road because the coming of train onto a platform for you to board is the most satisfying thing I can ever imagine.

Trains bring out the common in me. They don’t distinguish between any because at the end of the journey we all are passengers…

Do you prefer a journey by Train..?